“Imagination is more important than

knowledge, because knowledge is limited”

Why do things fall to the ground without magic?

The young magician’s apprentice LIMBRADUR is far more interested in the universe and its secrets than magic spells. He is fascinated by the stars, the universe and the laws of nature. So, one night he sneaks into the Albert Einstein Museum, where he meets ALBYX3, a small, clever but rather quirky robot who knows all about Albert Einstein and his theories. ALBY takes LIMBRADUR on a magical journey of discovery through time and space, during which they not only uncover the secrets of gravity but also learn much about friendship and imagination. For LIMBRADUR and ALBY both have secrets of their own. 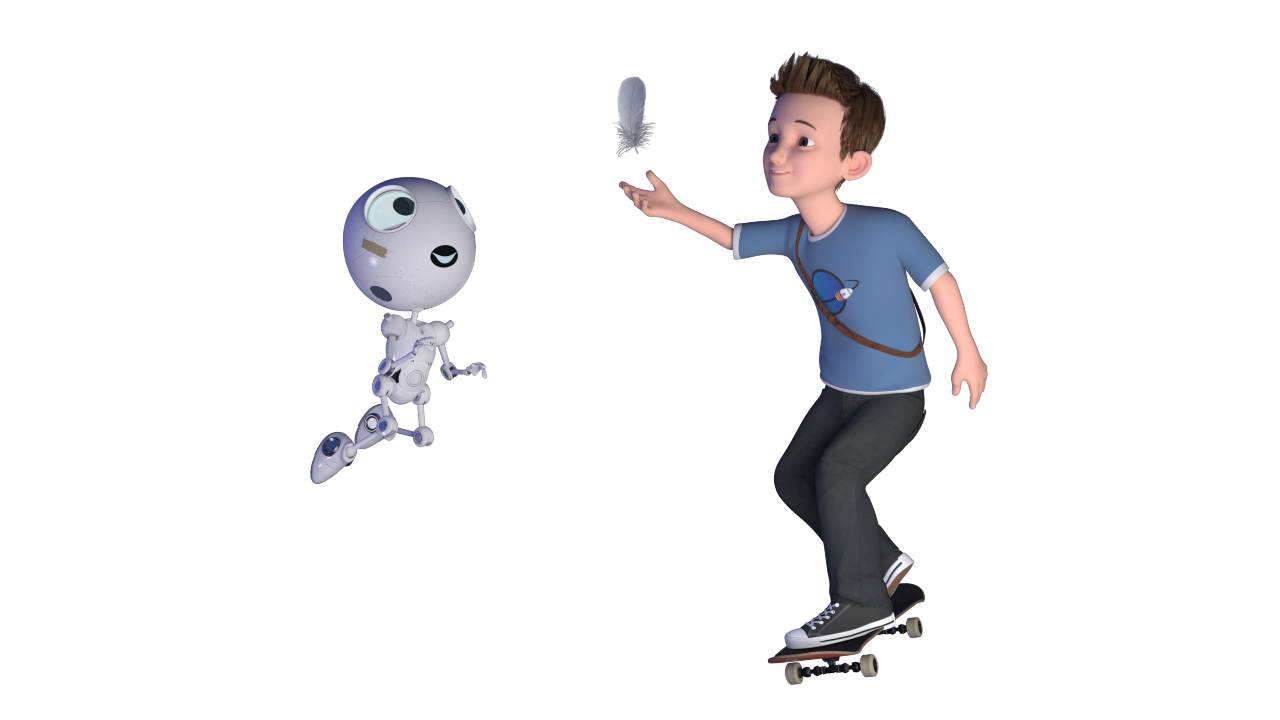 Luke is 12 years and a bright and imaginative boy. Most of all he likes to dart about on his skateboard and experience adventures or dream of being the magician’s apprentice “Limbradur” and entering other worlds. His idol is Albert Einstein as Luke is fascinated by science and the universe. But he also shares other traits with his idol. Rote learning at school mostly bores him. He is inquisitive and would much prefer to explore the world and uncover its secrets. When he’s old enough, he wants to be an astronaut and fly to other galaxies. 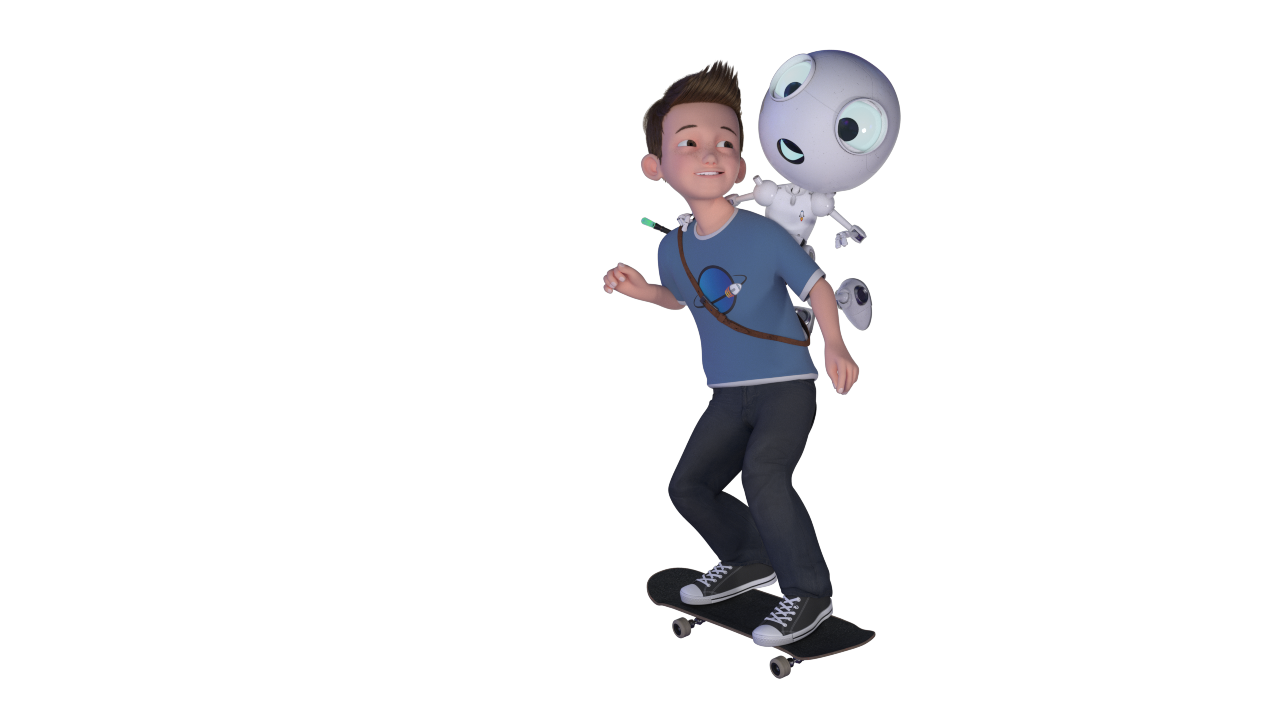 Alby X3 is a small, quirky and highly intelligent robot and has been programmed to collect, store and share knowledge. That’s why he knows everything about Albert Einstein and his theories. But just like Limbradur, he wants more! He wants to learn how to feel, to have an imagination and to have fun. That’s why he flees from his world and becomes the self-appointed head of the Albert Einstein Museum. He is greatly impressed by Limbradur’s magical powers. As stubborn and cocky as he may be, basically he is shy and endearing. And that is what makes him such a good friend and companion. 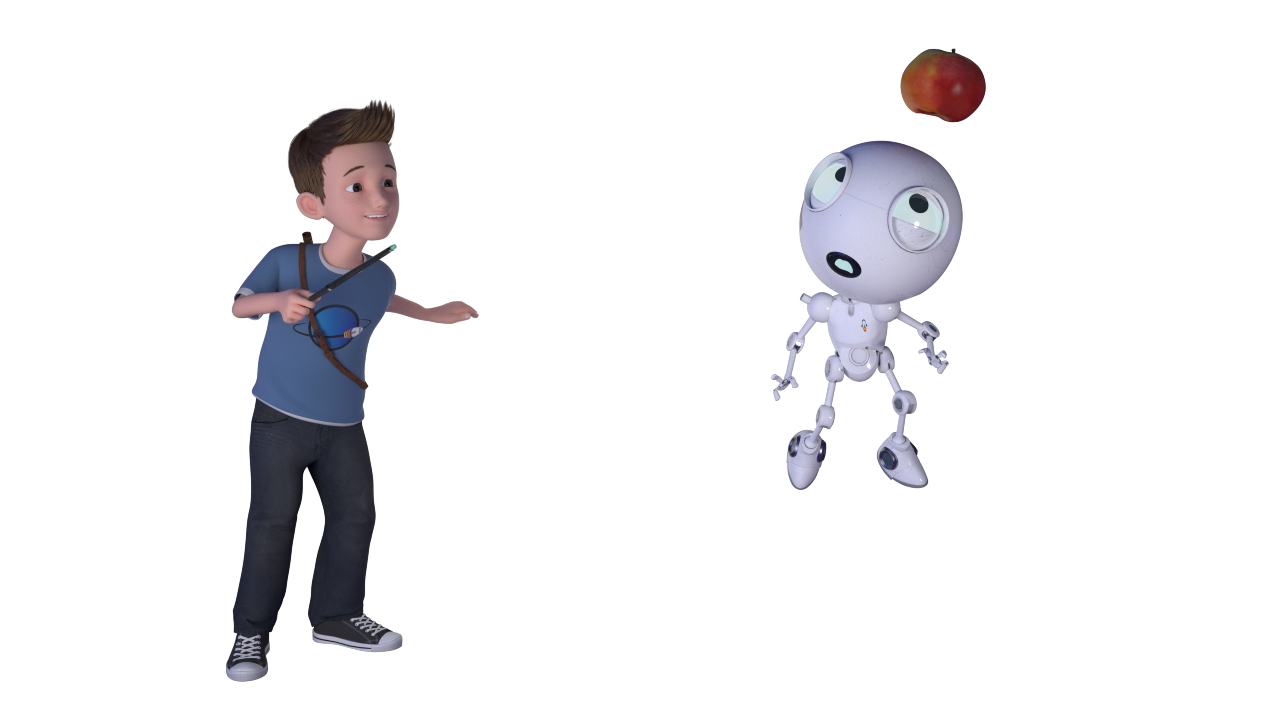 Albert Einstein is a superstar of science, one of the most famous researchers of our time. 2015 marked the 100th anniversary of the publication of his “General Theory of Relativity”, which is as relevant today as it was when it was first released.

“Gravity” is the key aspect of this theory, the fundamental physical force which affects our entire lives. If it were not for gravity as it is known on the earth, the universe would not exist and nor would we.

Telling an exciting story, ALBY explains the main principles of this mysterious force to the inquisitive and adventurous LIMBRADUR, thus instilling in him an understanding of the fascinating insights of Albert Einstein.

Producing an animated fulldome film is a long process involving many individual steps from storyboarding to compositing. The illustration below illustrates the main elements of the production process. The galleries contain sets and characters at various production stages. 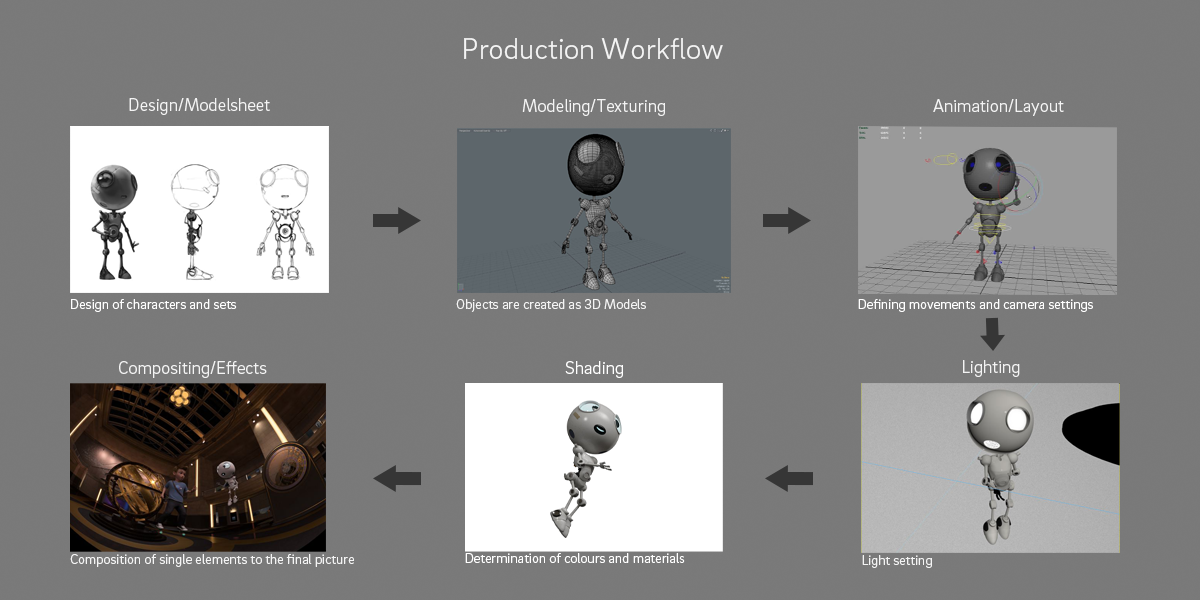